Aluminum beverage cans first appeared in 1959, and by 1963 the two-piece DWI cans were officially launched and began to be promoted. It wasn't until 1968 that several aluminum producers in the United States, especially Reynolds Metals, became aware of the value of cans, before launching aluminum can recycling programs. In 1973, the US newspaper "Consumption Growth Limit" put forward the idea of recycling cans, which is the first official literature on recycling cans in the world. Our company supplies aluminum can recycling reverse vending machines. 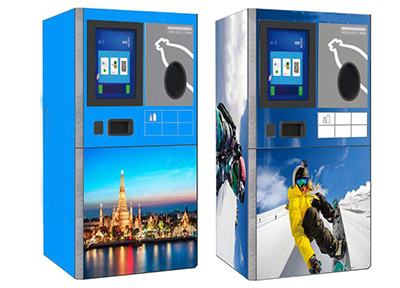 3104 alloy is used for the can body material, 5052 and 5182 alloys for can lid material, and 5182 alloys for pull ring material. The main added elements of these three alloys are magnesium and manganese. The composition is relatively stable during recycling and the loss is low during compound smelting, so it is easy to recycle and reuse.

In industrially developed countries, more than 45% of 3104 alloy tank materials are produced from recycled waste tanks. For example, recycled aluminum cans in Japan are reused by about 57.3% of aluminum cans, while 2/3 of the current cans in the United States are produced from waste cans. In addition, part of the recovery tank is used as a raw material for aluminum profiles, castings, and die castings, and is used as a deoxidizer for steelmaking in small amounts.

The above information is provided by reverse recycling vending machine suppliers.

Next: How to Deal with the Recycled Plastic Bottles?